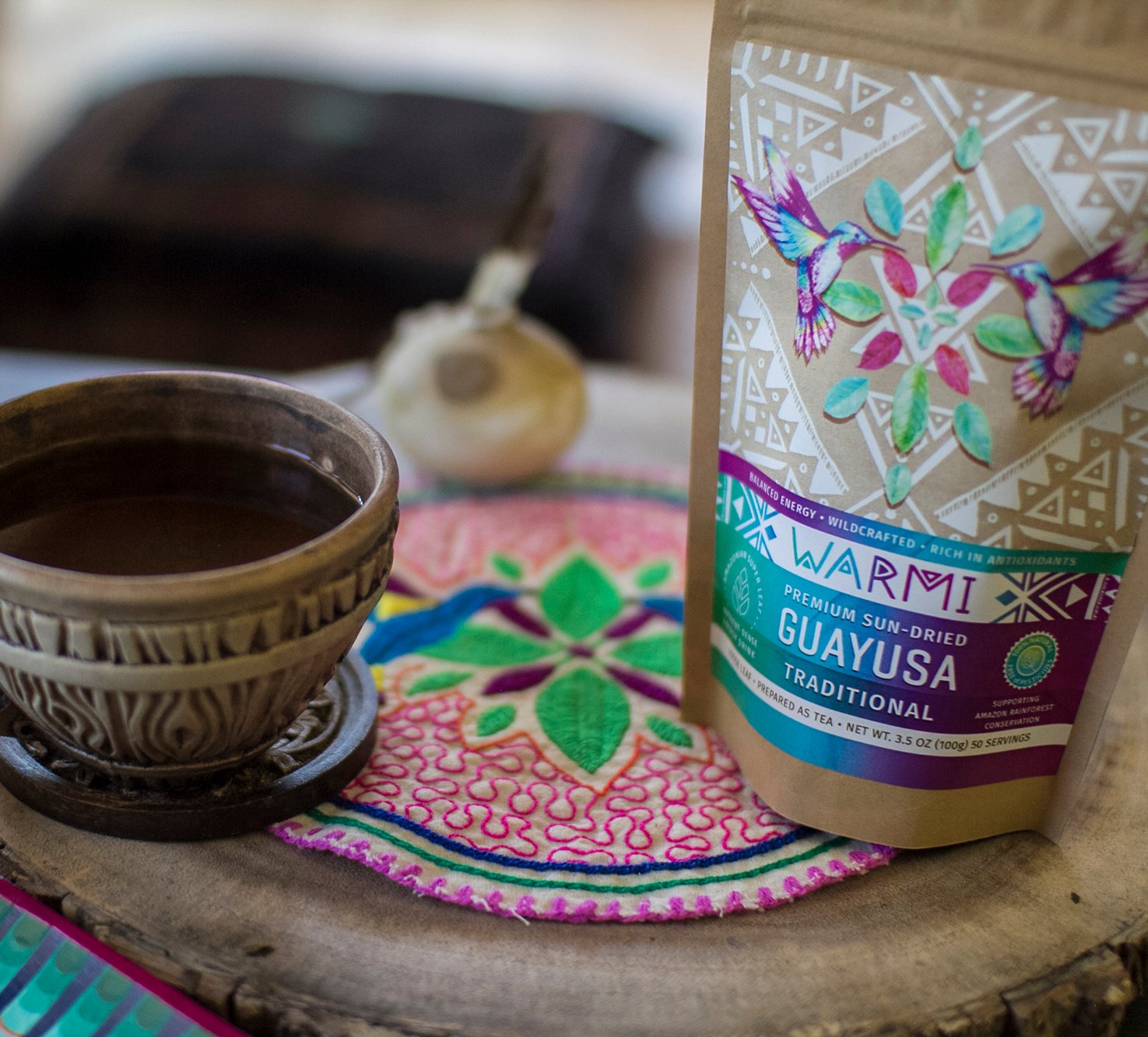 WHAT IS GUAYUSA?
Guayusa has been part of Amazonian culture for over 2000 years and is treasured for its unique balance of caffeine, antioxidants, vitamins and amino acids which awaken the mind and fortify the body. Guayusa is a botanical cousin to Yerba Mate (Ilex paraguariensis ) which has gained amazing popularity throughout the world in recent years for its health benefits and energizing effect.

What sets Guayusa apart from all other teas is foremost its extremely smooth flavor that is less bitter than many teas and has a delicious earthy and floral flavor. Guayusa also exceeds many other teas and foods for its energizing effects and health benefiting qualities.

PREMIUM SUN-DRIED GUAYUSA
WARMI works with a small community of agriculturists who believe in the honoring the spirit and essence of this plant, and have kept the ancient tradition of sun-drying the Guayusa leaves. Rather than using dehydrators and gas-fired ovens, common methods utilized by industrialized Guayusa producers, this slow, dedicated cultivation method yields a higher quality brew and significant higher earnings for participating indigenous communities in the Amazon.

PREPARATION:
Guayusa is great served hot or cold or with lemon or honey. In addition, the leaves may be boiled or steeped many times without losing their flavor.

Use 1-2 tablespoons or more of finely ground Guayusa leaves per 8 oz. of water which can be prepared using the follow methods:

TEA POT: Boil water, add crushed leaves and steep for 5-10 minutes. The longer it steeps, the stronger and darker the brew.

DRIP COFFEE MAKER: Prepare as you would normally brew your favorite coffee.

FRENCH PRESS: Prepare as you would normally brew your favorite coffee or tea.

Check out the BENEFITS page to learn more about WARMI Guayusa's nutritional compounds.

For International or Bulk Orders please contact us at hello@warmi.co.